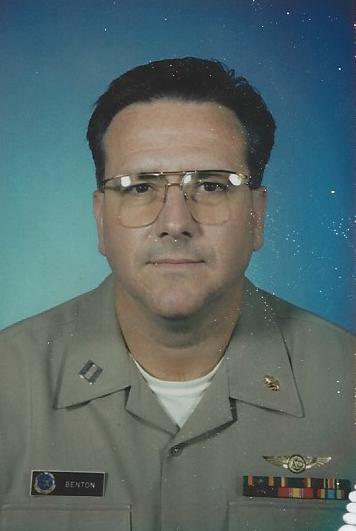 Donovan was born in Chattanooga, TN to the late William Albert Benton and Cora Louise Cannon Benton. He was also preceded in death by his brother, Benny Jerry Benton.

Donovan spent his childhood in Homestead, FL and Valdosta, GA. He enlisted in the United States Navy in 1980. He served as corpsman for 12 years, achieving the rank of Chief. He attended Western Carolina University and graduated with a Bachelor of Science in Nursing. He received his commission as an officer in the United States Navy in May of 1992. He retired with the rank of Lieutenant in May 2000.

Donovan is survived by his sons, Pierson Alexander Benton of Orlando, FL and Christopher Stephen Benton of Highlands, NC. He is also survived by his sisters, Phoebe Valentine (Jerry), Candace Edgeworth (Doug Samuels) and Wanda Guilliams.

A funeral service with military honors will be held on Sunday, March 22, 2020 at 2:00 PM at Groce Funeral Home at Lake Julian. Burial will be held privately at the WNC State Veterans Cemetery.